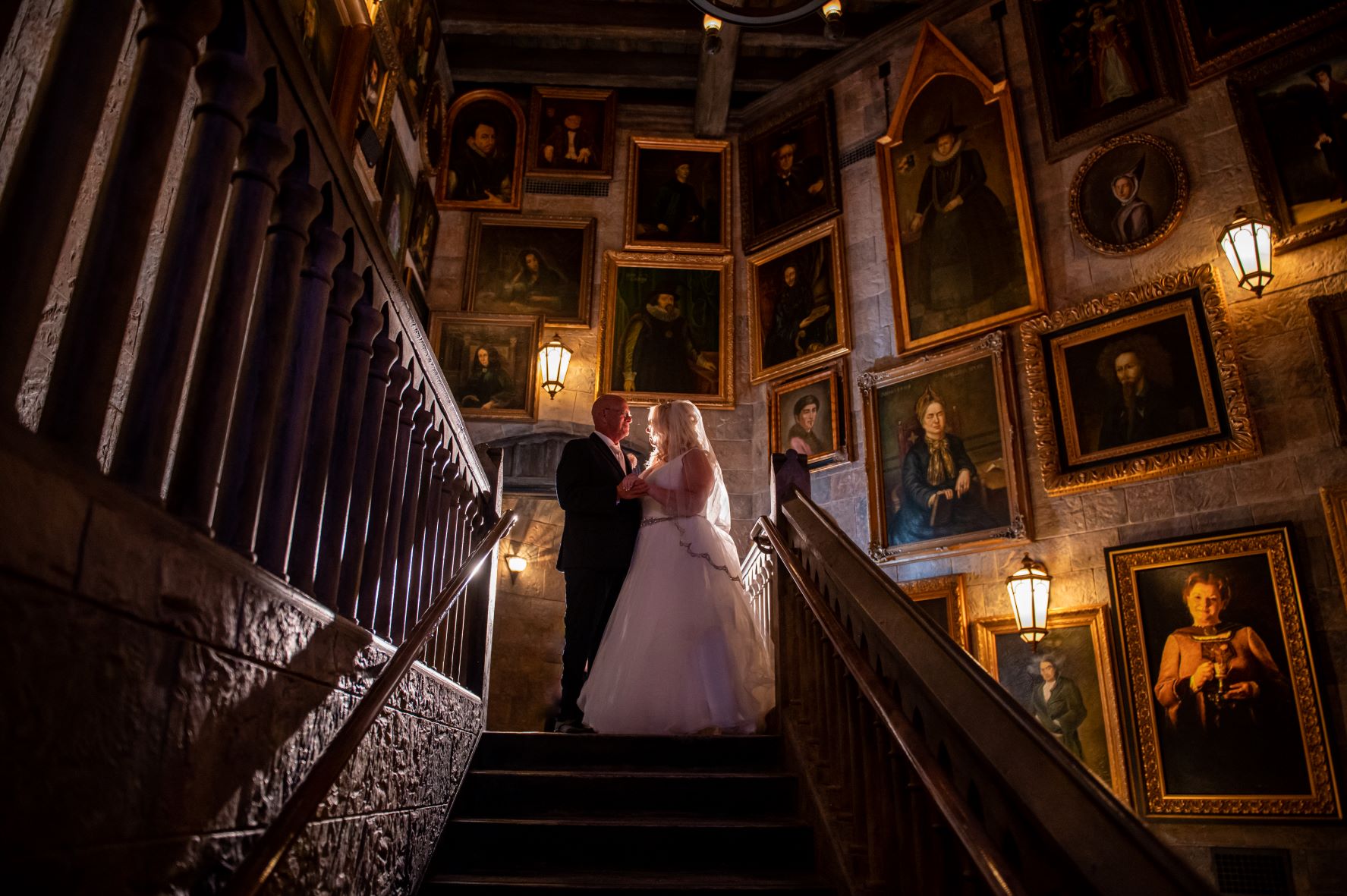 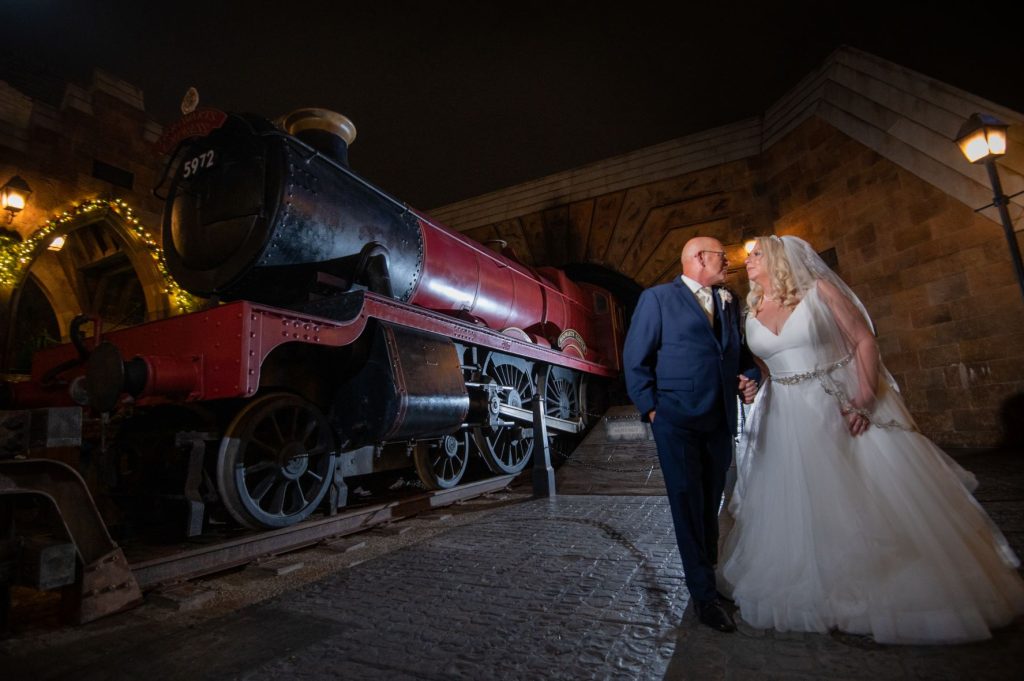 Florida couple Susan and Robin held their magical Harry Potter themed wedding at the Loews Royal Pacific Resort in late November last year. With Halloween coming up next week, we thought it was the perfect time to feature such a well-executed theme! There were so many Harry Potter details that it’s nearly impossible to capture them all. So, let’s hit the highlights!

Among the most iconic Harry Potter themed elements were the couple’s Always cake topper and Golden Snitch cake decorations, the Hedwig and Fawkes the Phoenix characters, the wands carried by the couple and their officiant (who dressed like Professor McGonagul!), and their Whomping Willow-inspired centerpieces. For the ceremony, “Hedwig’s Theme” played during the processional and the couple did a handfasting with braided ribbons made of all the Harry Potter house colors and bedecked with themed charms. The Best Man even carried the rings in a wooden Always box with the Deathly Hallows symbol on it!

We also really enjoyed the “From Muggle to Mr./Mrs.” chair signs at their reception. Their table decorations were made to look like Harry’s Hogwarts invitations spilling over the edge, which was such a unique décor element! And it wouldn’t have been a fully executed Harry Potter themed wedding without a photoshoot in The Wizarding World of Harry Potter to top it all off.

Want to learn more about Susan and Robin’s big day? Read on! 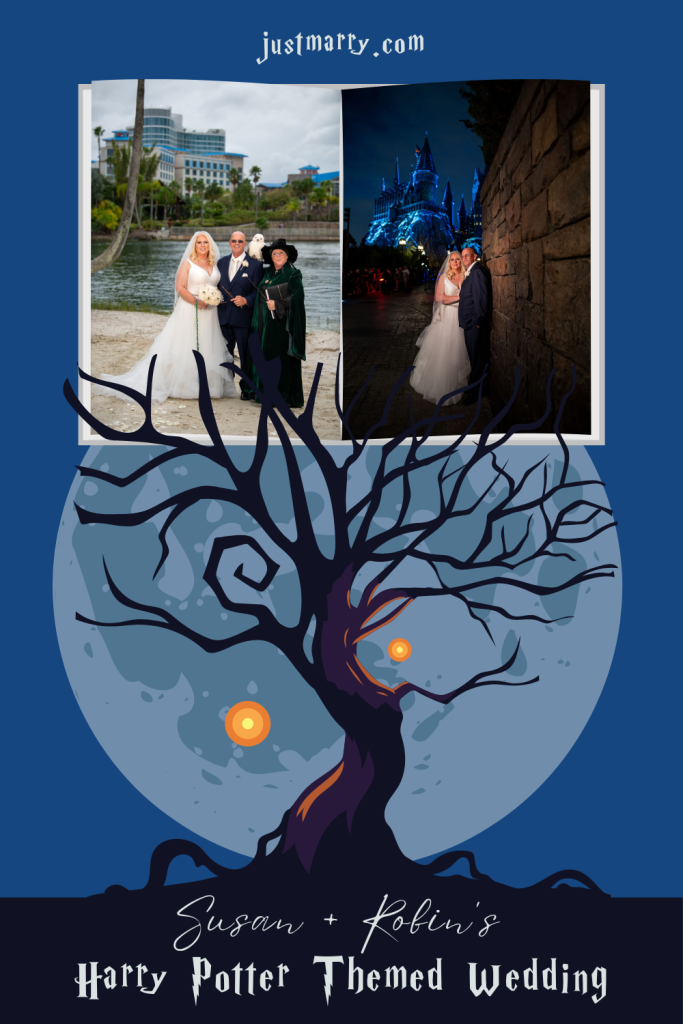 OUR FAVE PICS FROM THE WEDDING 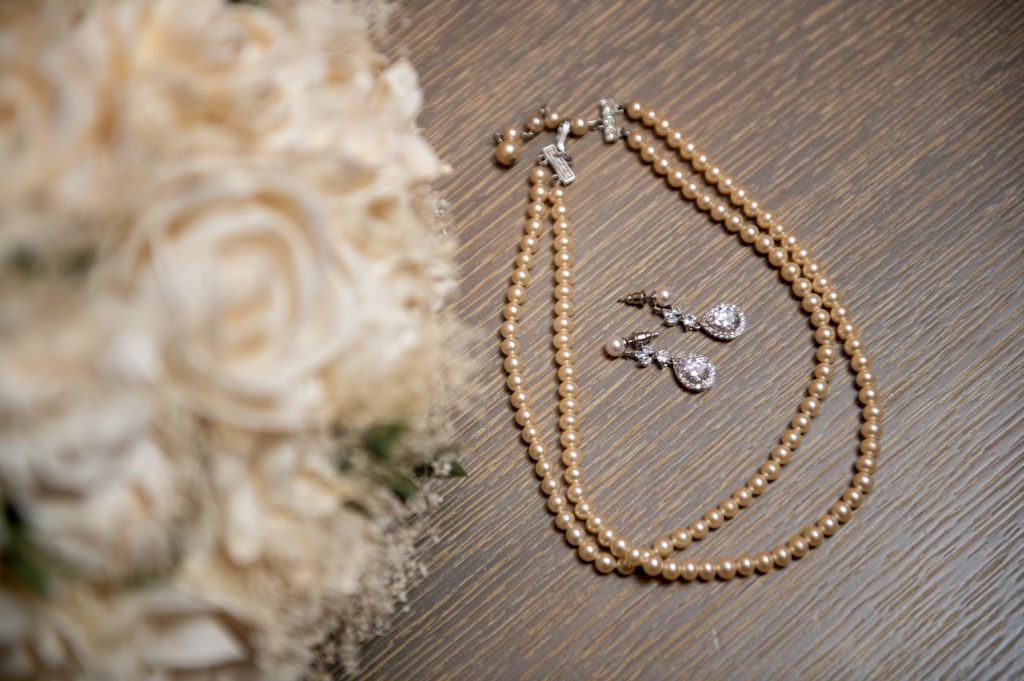 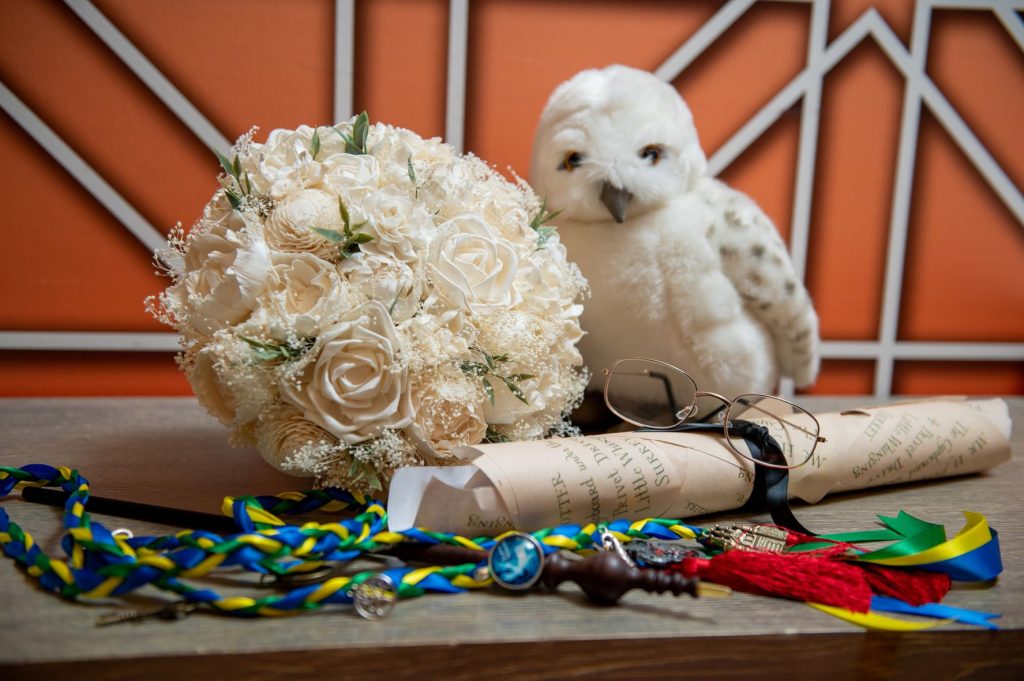 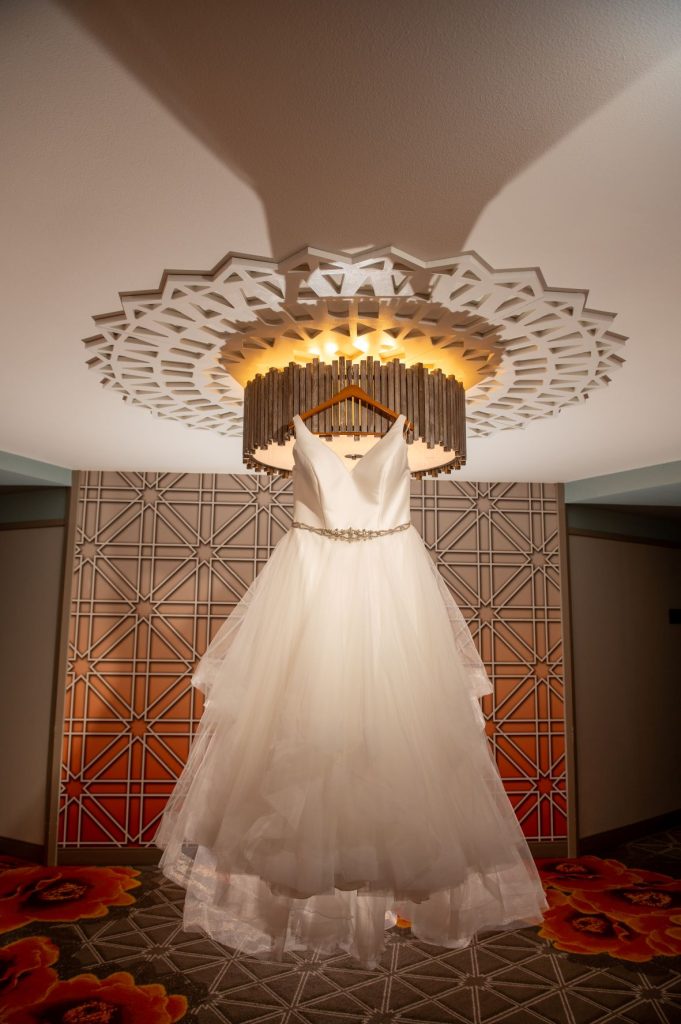 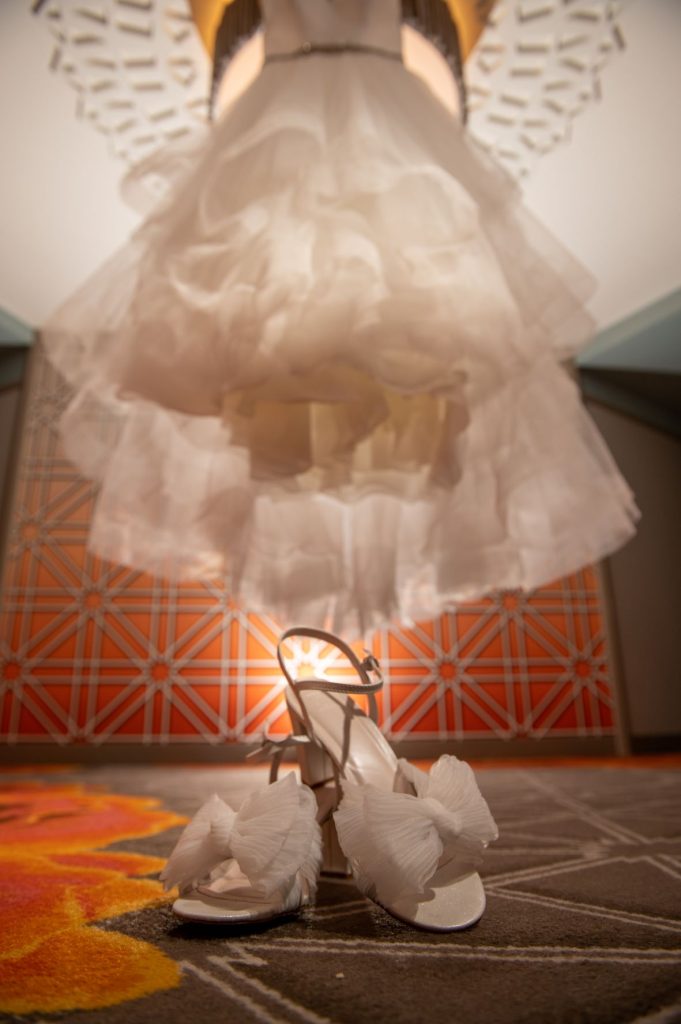 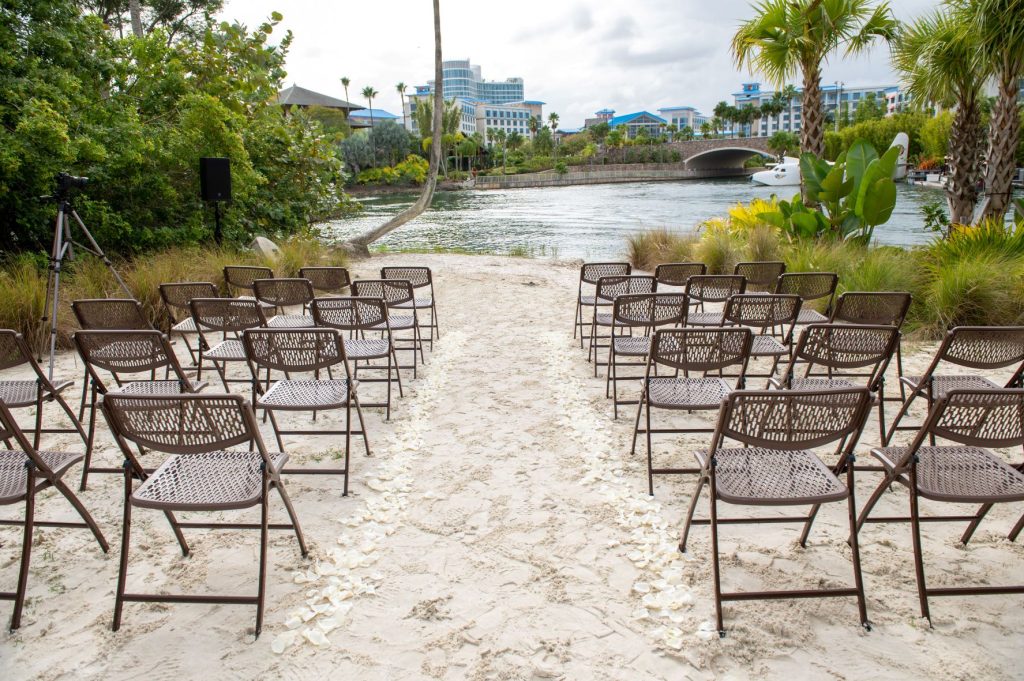 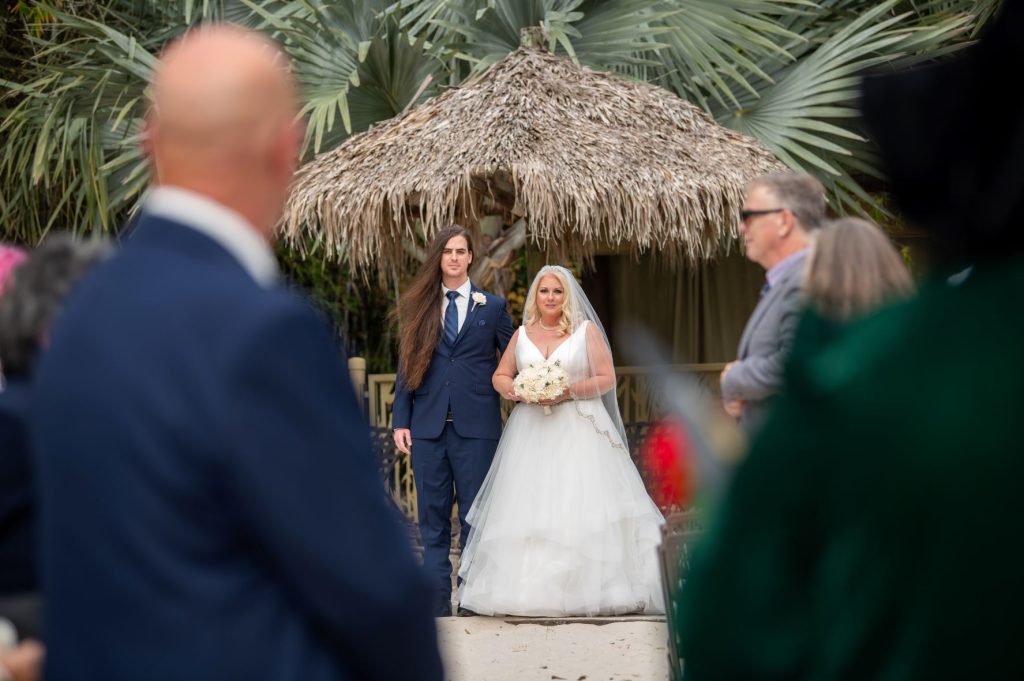 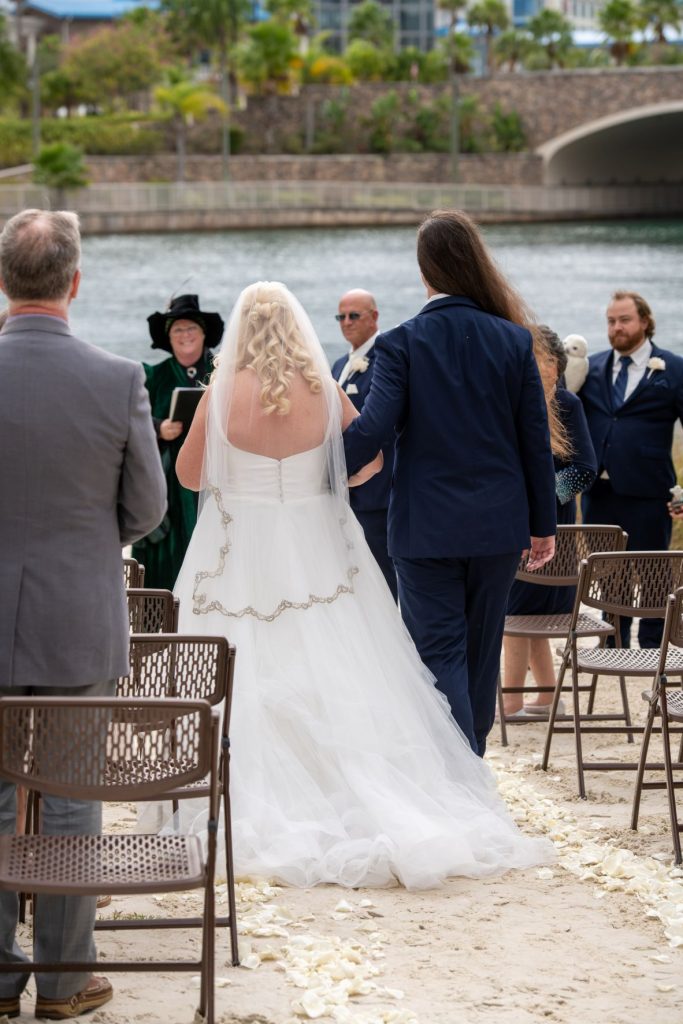 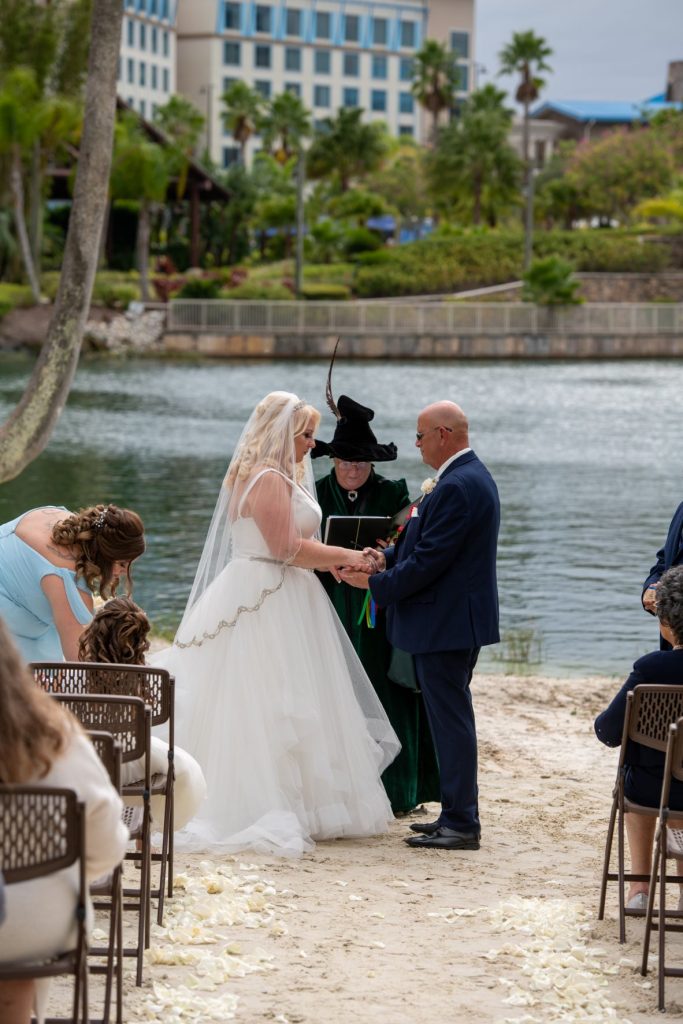 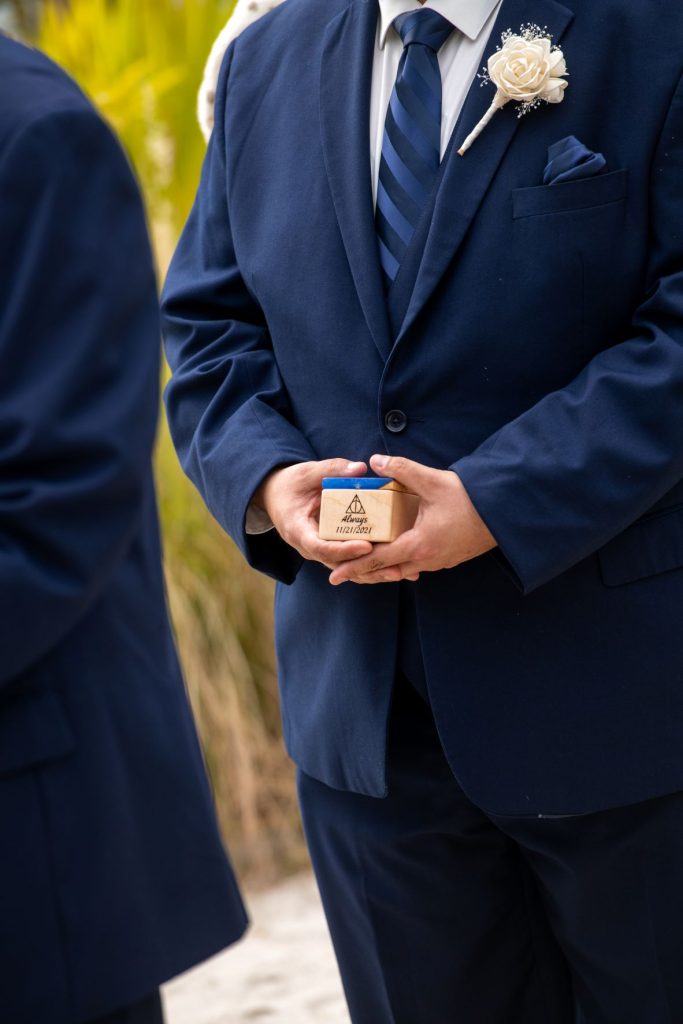 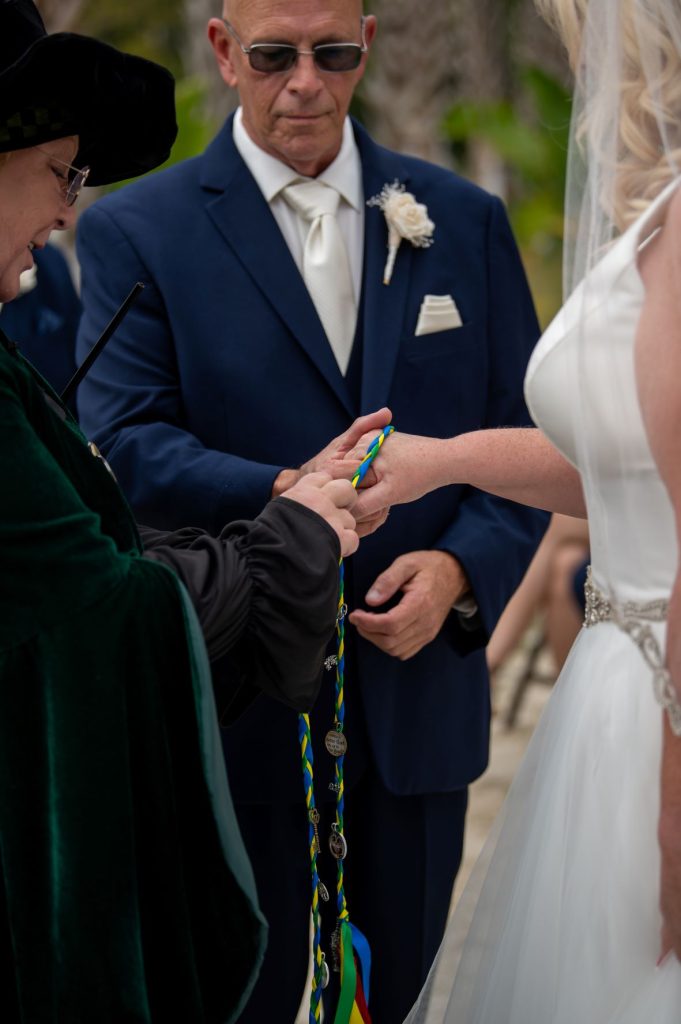 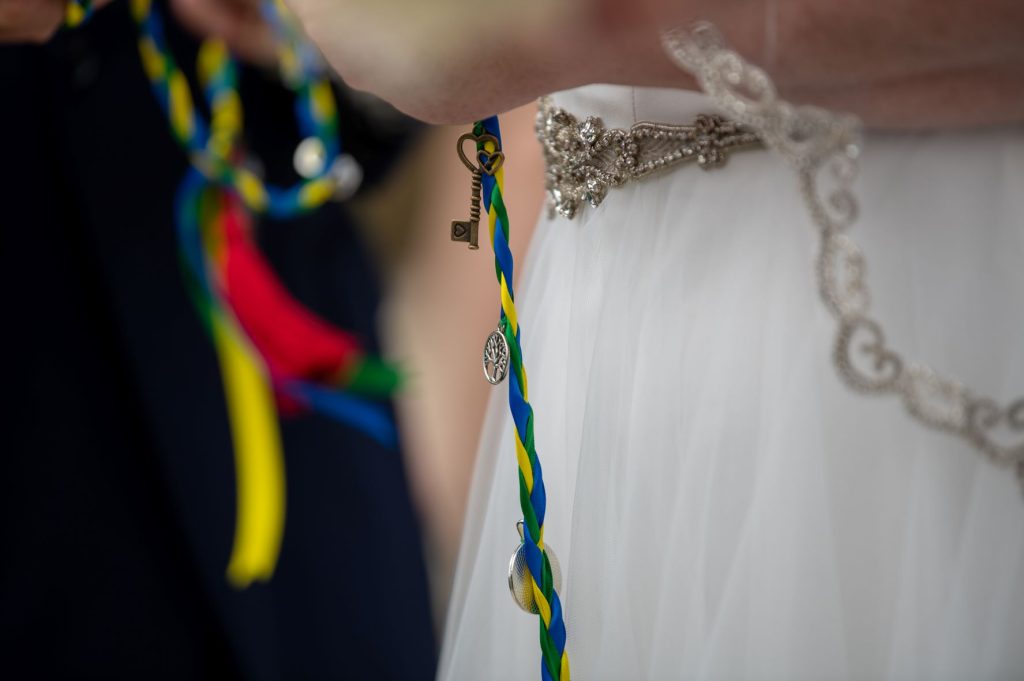 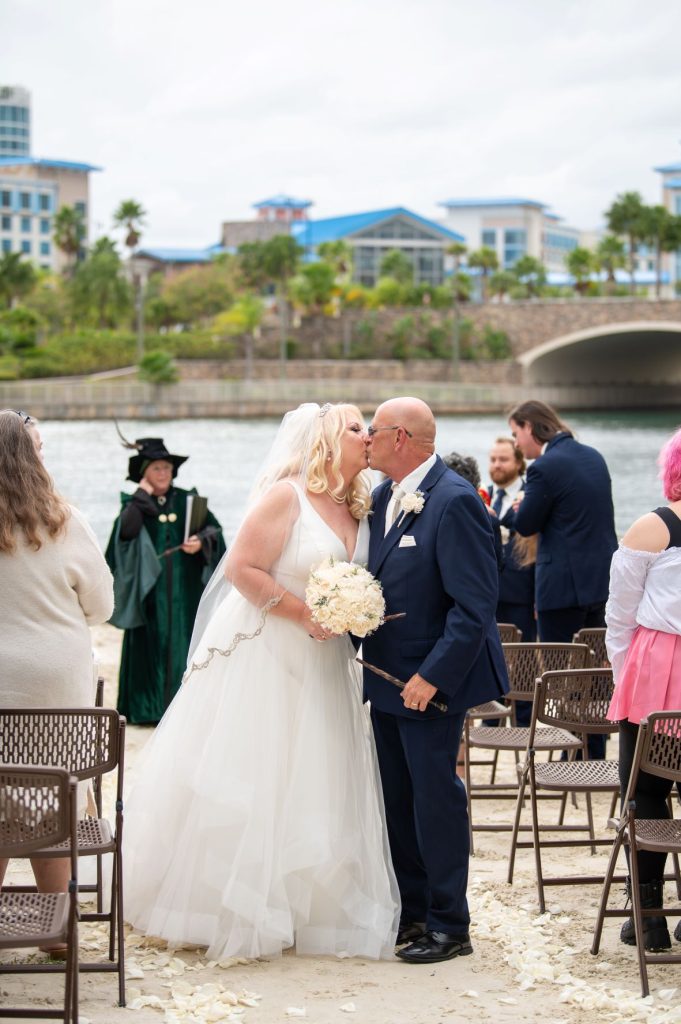 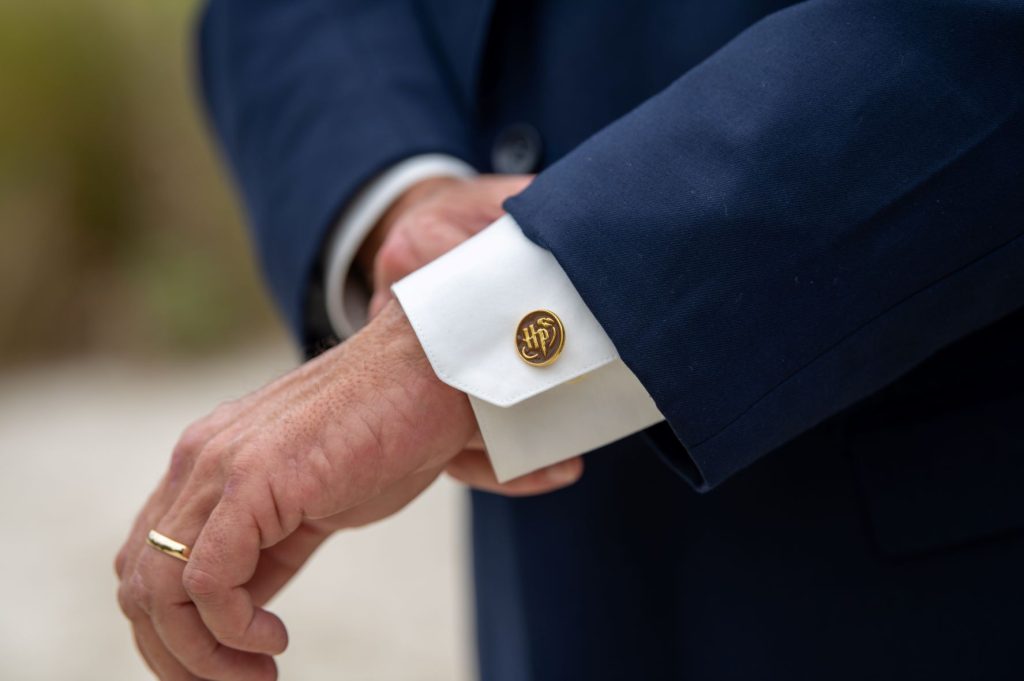 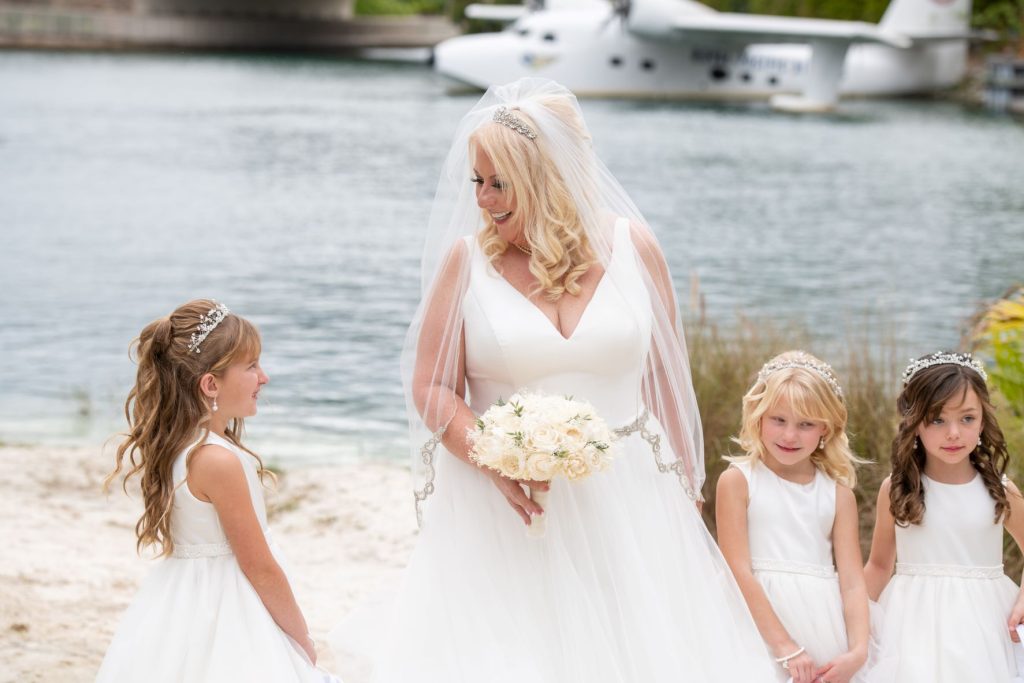 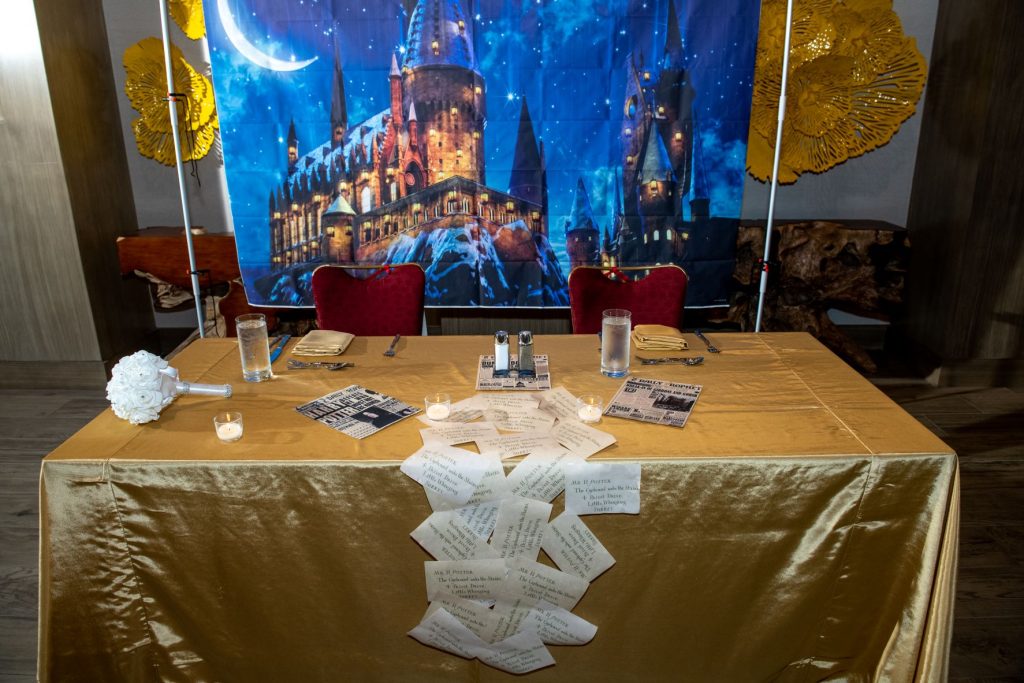 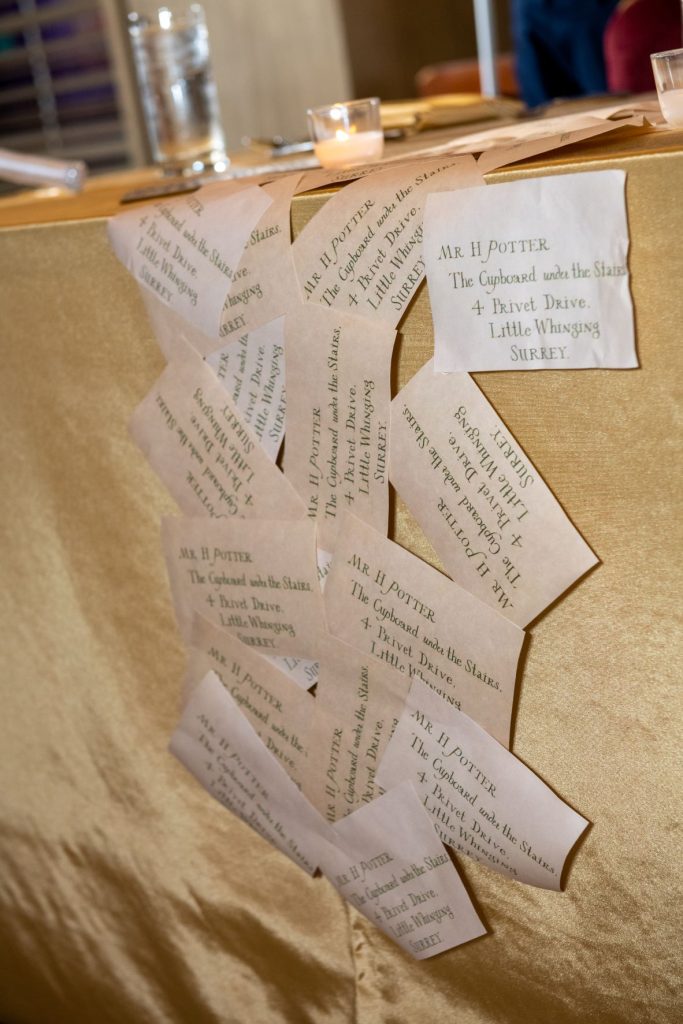 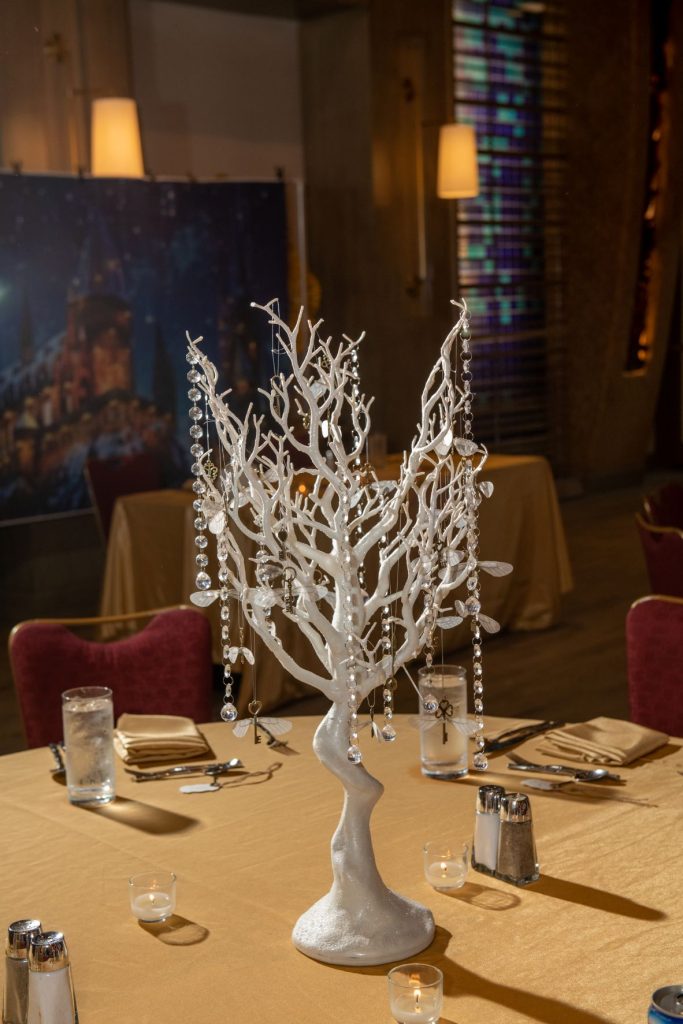 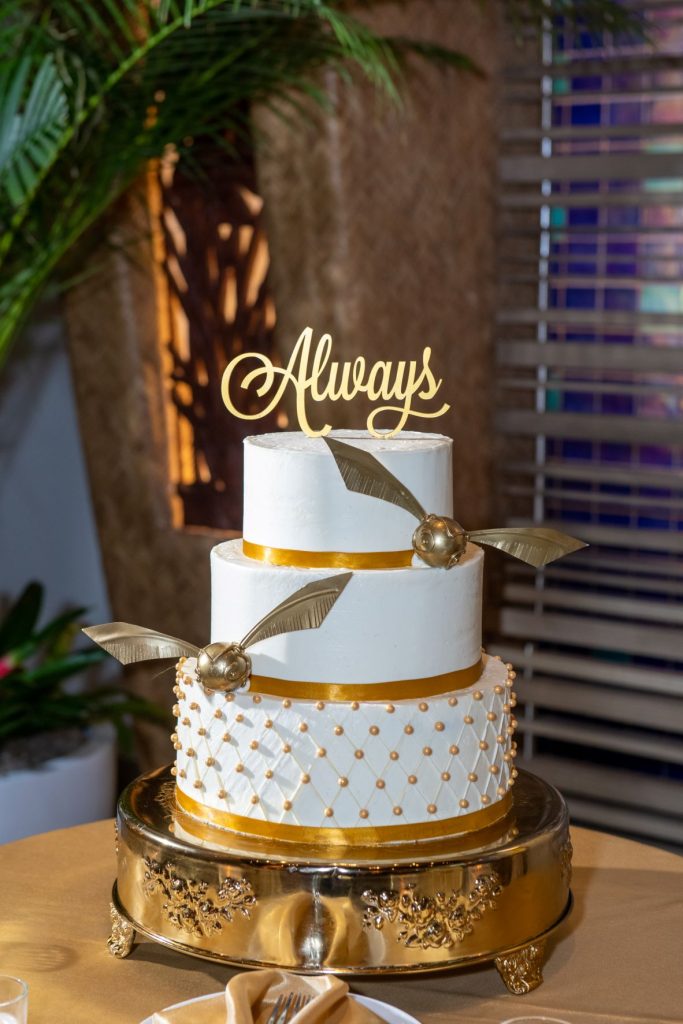 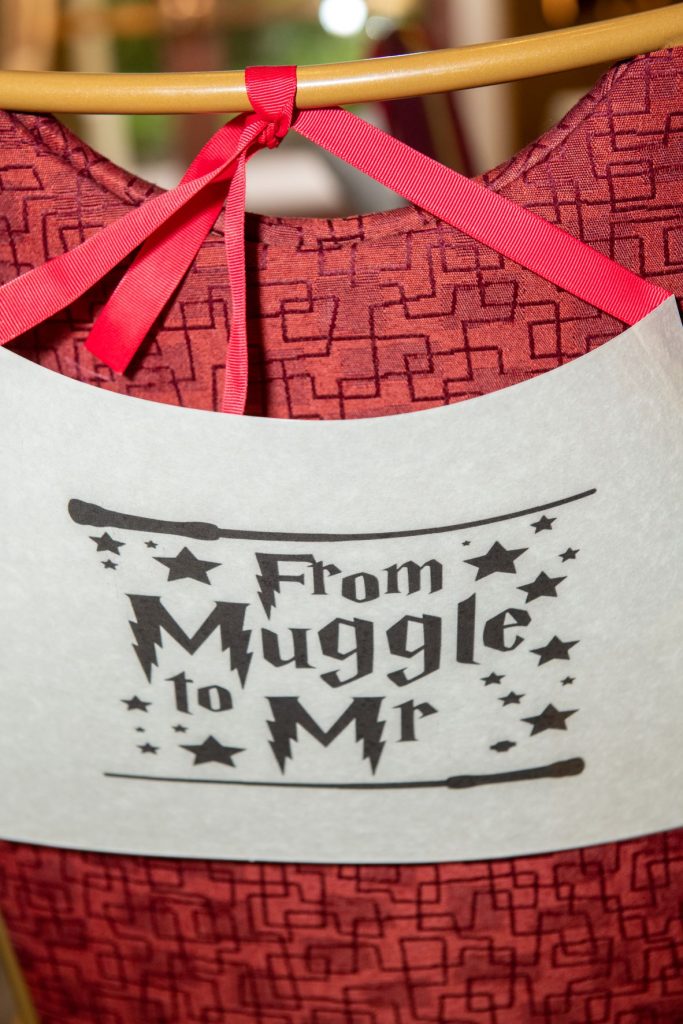 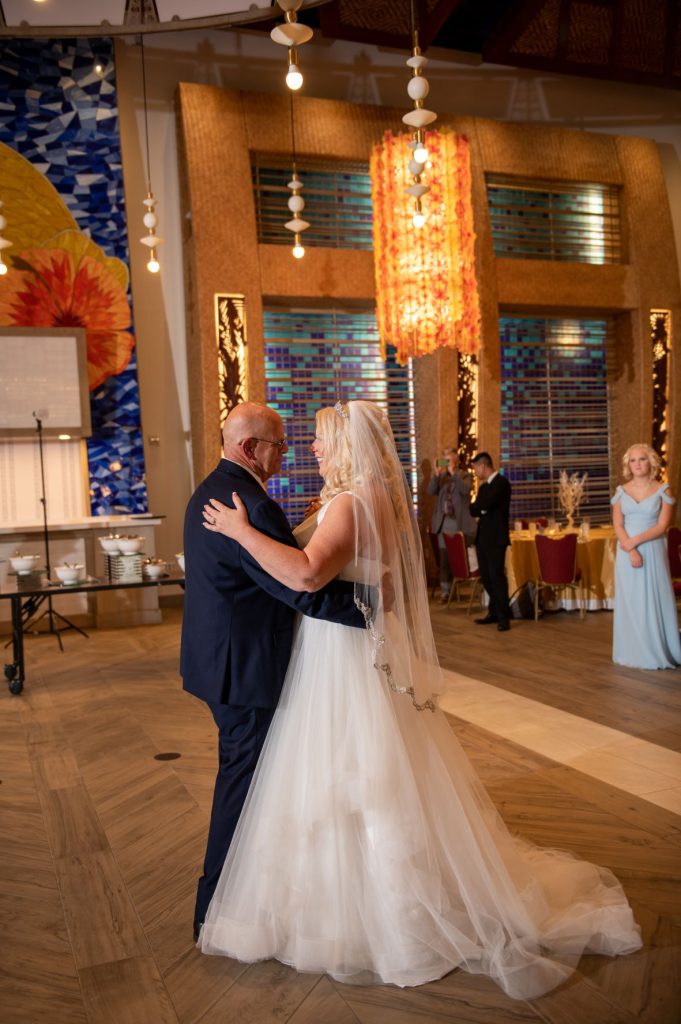 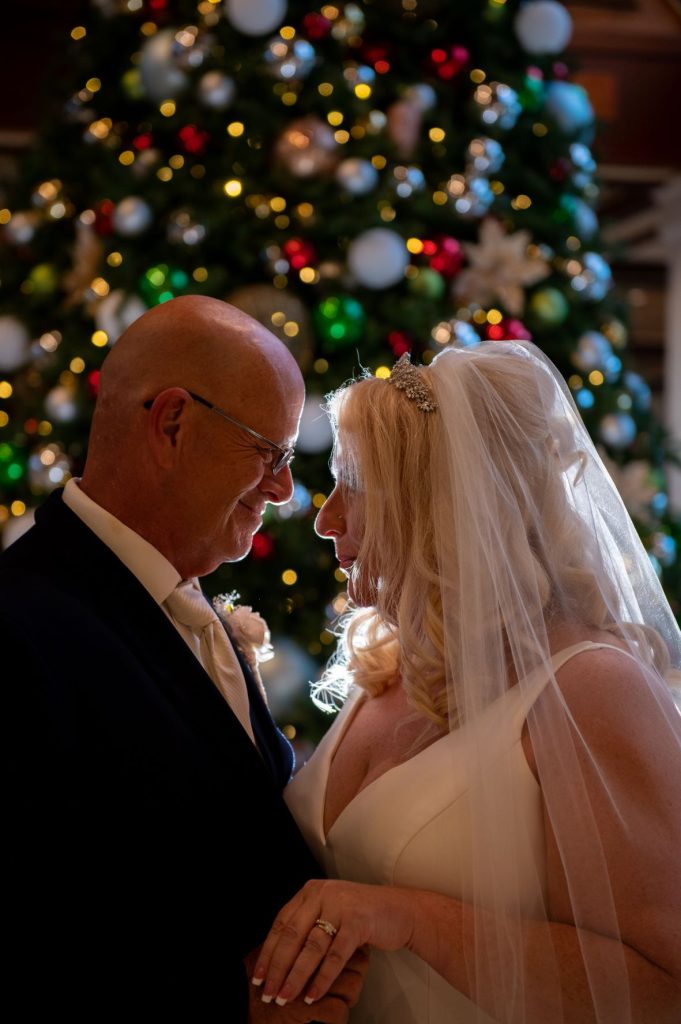 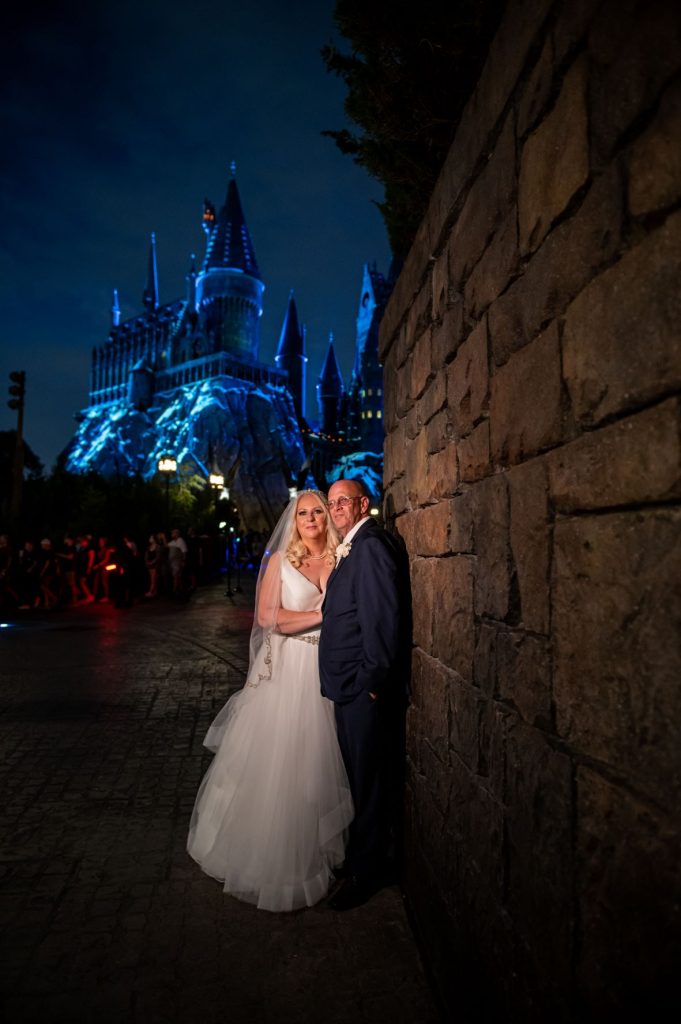 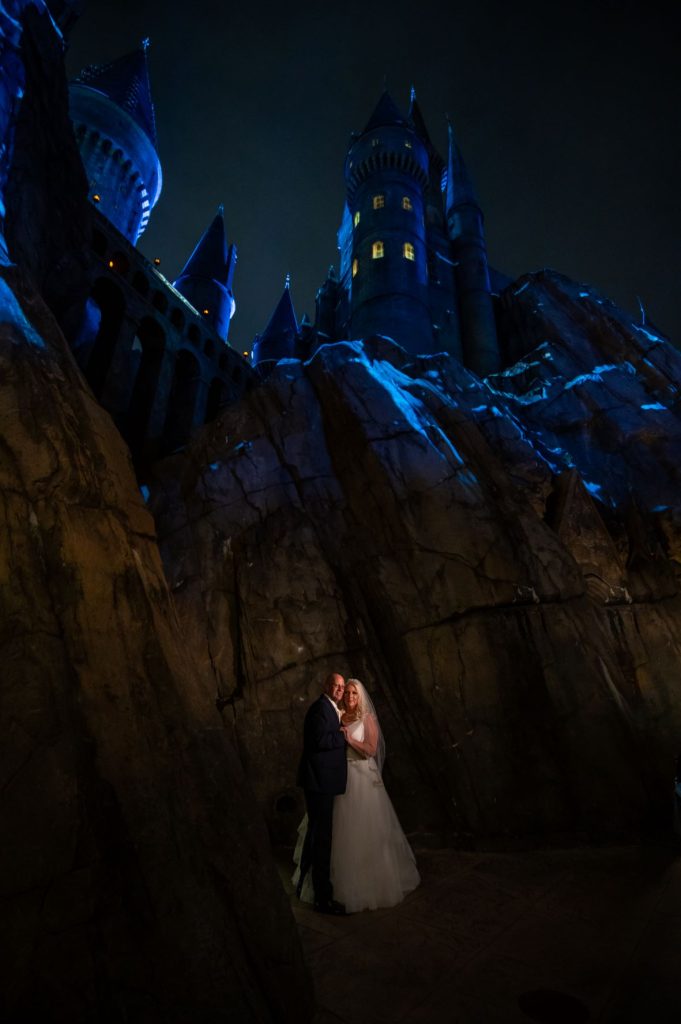 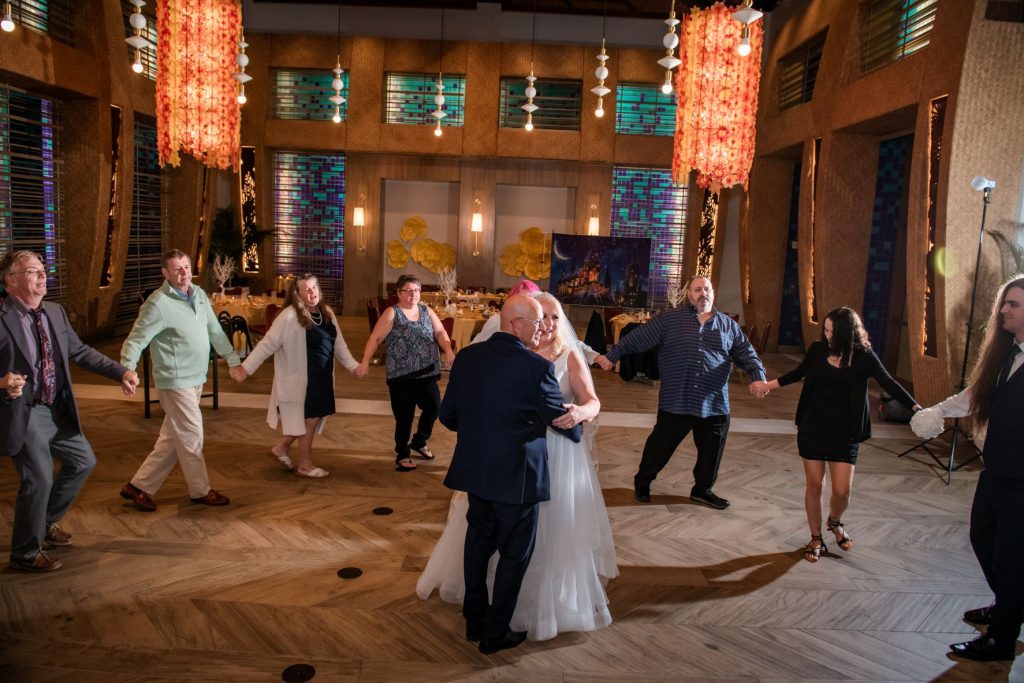 Our team so enjoyed helping Susan and Robin on their memorable Harry Potter themed wedding at the Loews Royal Pacific Resort! Here is what their Just Marry! ceremony coordinator, Luiza, shared with us about this event:

If you’re having a Harry Potter themed wedding, the Royal Pacific Resort is a great venue choice! There are so many reasons to host an event at this Orlando wedding venue. Some of our favorites include the resort’s well-designed vintage travel theme, the delectable reception menu options, and the convenient location to local theme parks. Check out some of our other events at this popular venue for more inspiration, then head over to our Royal Pacific Resort Weddings page and start planning!

Are you planning a Harry Potter themed wedding? We’re here to help! Whether you’re seeking a planning partner for your Orlando wedding or you’d like more information about our Royal Pacific Resort wedding packages, simply Contact Us and a member of our planning team will reach out to you right away. We would love to welcome you to the Just Marry! family! 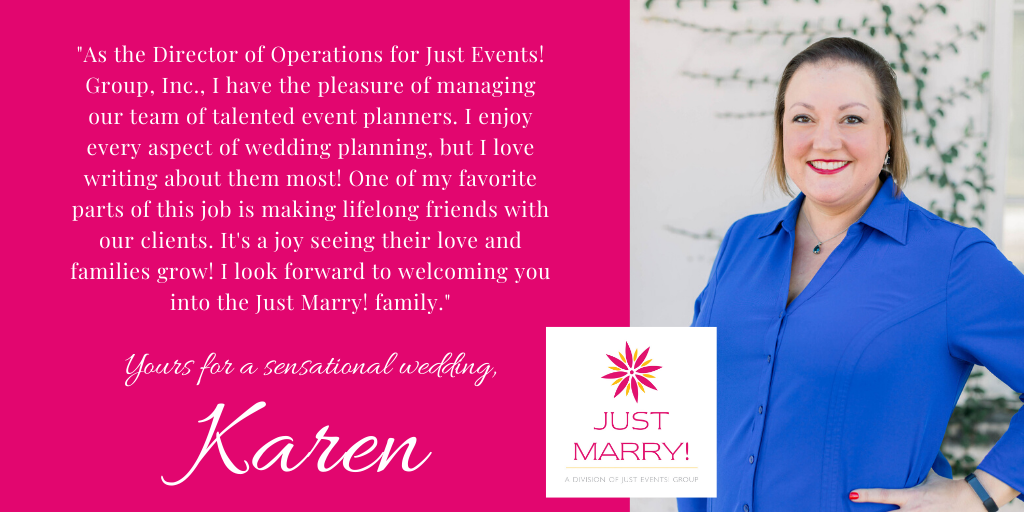