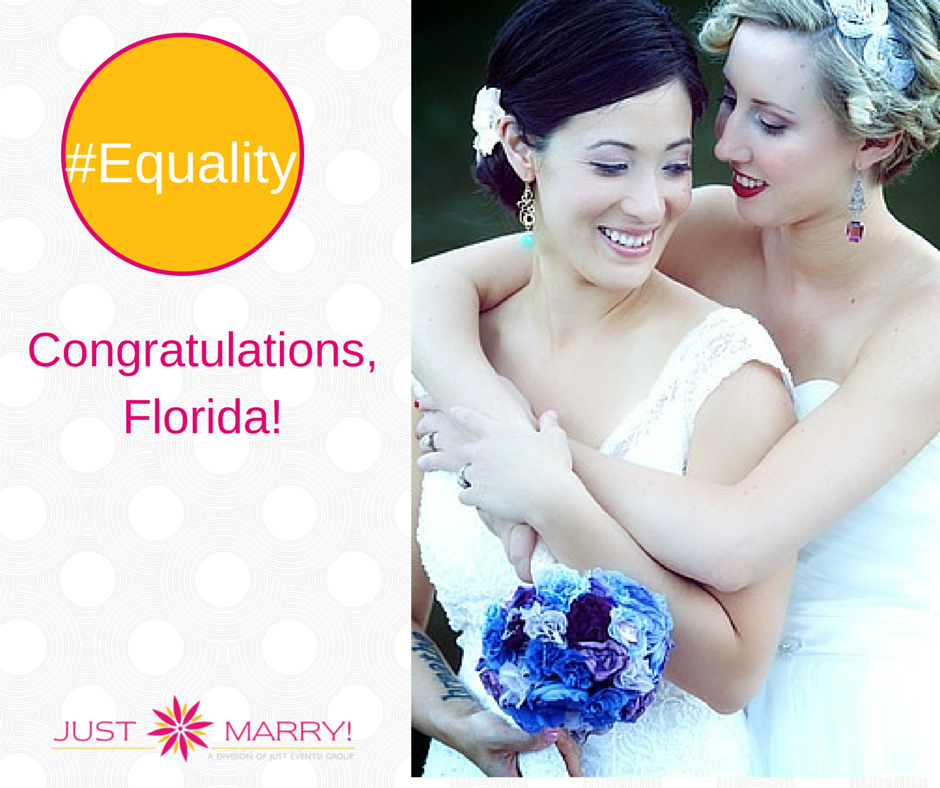 Same-Sex Weddings Are Just Around the Corner

As some of you may know, same-sex marriage will be legal here in Florida starting January 5th. This is exciting news for the Just Marry! team, and especially for me. I recently became a same-sex certified wedding planner after attending Bernadette Smith’s One Love Workshop, and I can’t wait to get planning with more same-sex couples! At the seminar, Ms. Smith taught attendees what it really means to plan a same-sex wedding, and I wanted to share some of her insights.

To me, one of the most touching aspects of same-sex weddings is that they’re a right that has been hard fought in the United States. It is still illegal for same-sex couples to be married in 17 states, which means there are places where same-sex couples who have pledged their lives to each other aren’t recognized as legally bound. I was really moved by the thought of anyone facing such a struggle, and was even more excited that Florida laws have changed. I am here to help make same-sex ceremonies and receptions a place where true magic is found!

In the course of earning my certification, I learned that when it comes to planning a same-sex wedding, we have to think differently from a traditional wedding to make it truly individualized to the couple. No two couples are alike, and we want to be sure our same-sex couples especially feel it! There are many things I am looking forward to incorporating into the same-sex weddings I plan, including some of these tips I learned:

I think I am most excited to feature all the different and personal ideas the couples come up with for their special day. As a supporter of marriage equality, the Just Marry! team and I will happily and gratefully plan weddings for all couples. At the end of the day, we want all of our clients to know their ceremony was one-of-a-kind…just like them!